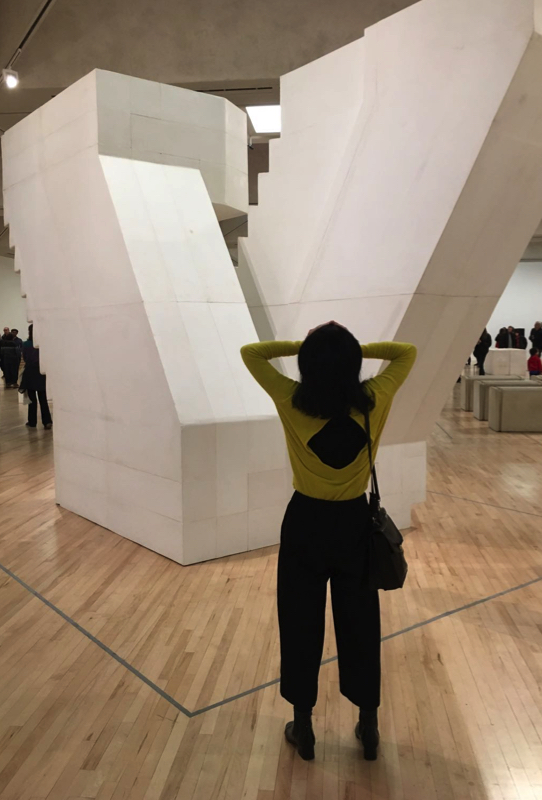 Rachel Whiteread is one of Britain’s leading contemporary artists and my favourite from the YBA group. The latest art exhibition she had at Tate Britain, London, a few months ago revealed the trajectory of her career over three decades from 1988 to date. Time in which she’s been casting the so-called “negative spaces” using a variety of materials such as plaster, resin, rubber, concrete, metal and paper. But what are Whiteread’s “negative spaces”? The air that surrounds our daily experience or the inner world of objects. We find them in our house, in toilet paper rolls, beneath chairs or inside the mattress we sleep on every night. She makes these “negative spaces” solid with her sculptures.

The original idea comes from the US artist Bruce Nauman work titled “A Cast of the Space Under My Chair” (1965-8) that Whiteread referenced in this art exhibition with her “Untitled (One Hundred Spaces)” (1995) showed across the south part of the Duveen galleries at Tate Britain; 100 casts of the underside of chairs in changing shades of coloured resin and with their own flaws. Whiteread, however, has gone further.

Her work ranges in scale from the modest to the monumental and plays with paradoxes such as capturing human wear and experience with geometric white shapes and minimalism.

Tate Britain showed Whiteread’s most important large scale sculptures such as “Untitled (Book Corridors) 1997-8” and “Untitled (Stairs) 2001”, both of which I captured on two photos here, alongside her more intimate works with domestic objects such as tables, boxes or hot water bottles. And then, in the middle of the art show stood “Untitled (Room 101)”: the plaster cast of the BBC office, demolished in 2003, which inspired George Orwell’s torture chamber in Nineteen Eighty-Four.

I first discovered Whiteread as an artist in 2005 and became intrigued with her work. She then populated the Turbine Hall at Tate Modern with a huge labyrinth-like structure entitled “Embankment” made from 14,000 casts of the inside of different boxes. She chose the form of a cardboard box because of its associations with the storage of intimate personal items and to invoke the sense of mystery surrounding ideas of what a sealed box might contain.

Born in London in 1963, Whiteread studied painting at Brighton Polytechnic and sculpture at the Slade School of Fine Art. She was the first woman to win the Turner Prize in 1993 and went on to represent Britain at the 1997 Venice Biennale. She first came to public attention with the unveiling of her first public commission “House” in London’s East End in 1993. A concrete cast of the interior of an entire Victorian terraced house with imprints or doors, windows and fireplaces in great detail. The house only stood for a few months before its demolition, but heralded Whiteread’s life-long project as an artist: fusing domestic narratives with brutalist architecture and minimalism.

Rachel Whiteread exhibition at Tate Britain was curated by Ann Gallagher and Linsey Young. The exhibition was co-organised with the National Gallery of Art, Washington, curated by Molly Donovan, where it will be shown in autumn 2018, and will also tour to the 21er Haus Vienna and the Saint Louis Art Museum. 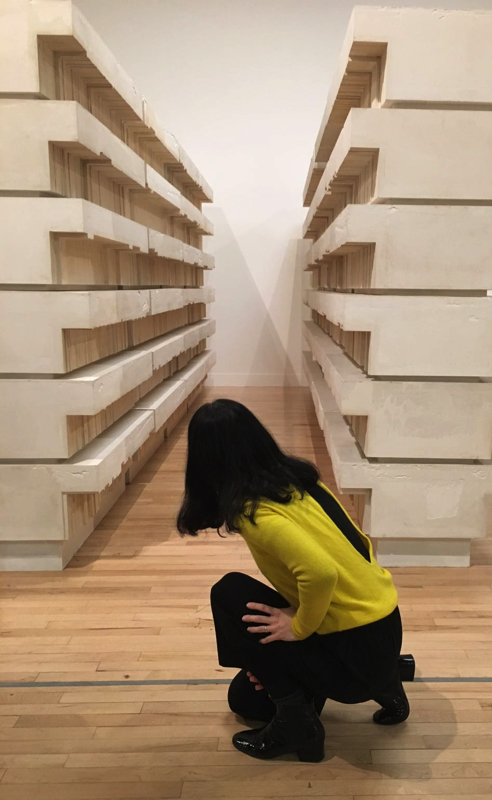 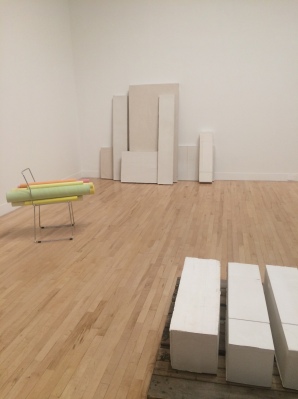 The creative director and editor of The art berries. She enjoys sharing an innovative perspective of the latest art exhibitions and anything else that catches her eye within the arts scene in London and occasionally around the world. View all posts by The art blueberry